This is a post from a couple of years ago.  I love Thanksgiving and decorating for it.  I am making new signs and decorations for this year but wanted to showoff an old favorite that I still love, the Thankful Sign.

As I was cruising through Pinterest I saw this graphic.  I can’t find where I found it but I saved the image.  I love argyle and thought it would be a great fall sign to decorate with.

I went scavenging through the garage and found the following to help make this happen:

Step One:  I cut out diamond shapes. This was the hardest part.  I did not have a template and they kept looking wonky.  The I remembered that a diamond is really a rhombus. I googled how to make a rhombus and found this video: http://www.youtube.com/watch?v=JoEx5xVu5xQI followed the steps and cut some awesome shapes.
Step Two: I primed and then painted the placemat.
Step Three: I decided I did not like the half painted/half decoupage look so I decoupaged over the painted areas. I added the words and finished with a final coat of Mod Podge.
Step Four:  I attached a ribbon so I could hang it on my wreath stand that always ends up having signs hung on it rather than wreaths.  I like to make signs not wreaths. 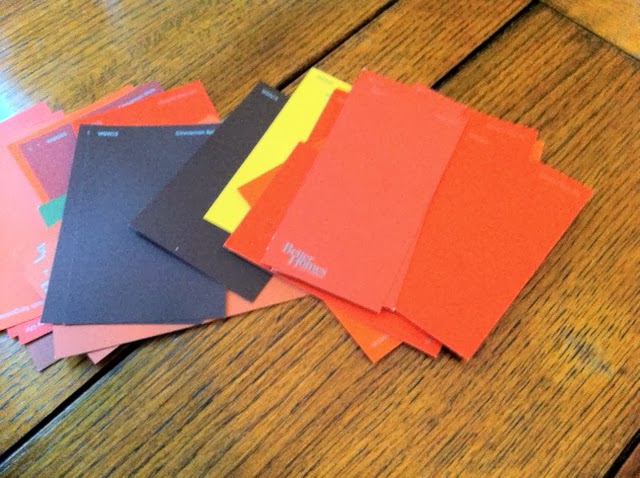 The paint sample that I saved from the trash! 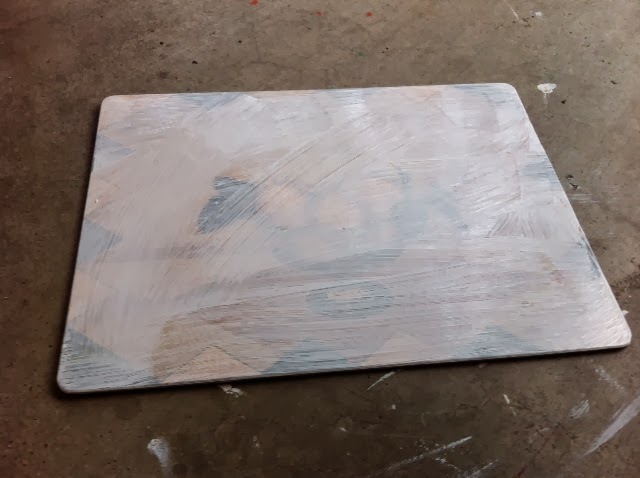 I primed the placemat because I did not think I was going to decoupage the whole placemat.

I did not hand letter the sign.  After the new year one of my goals is to learn how to hand letter. 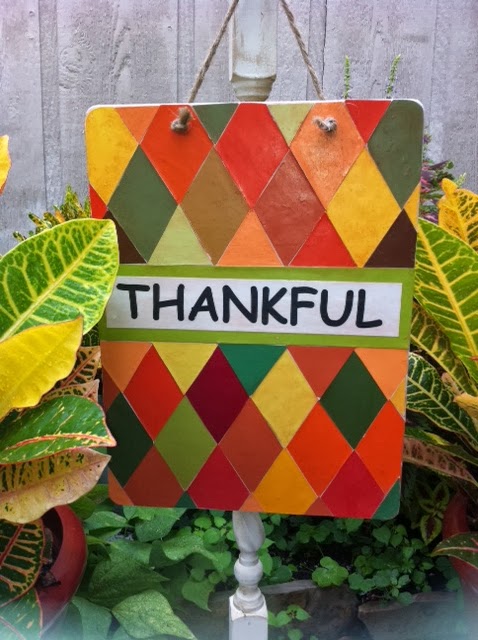