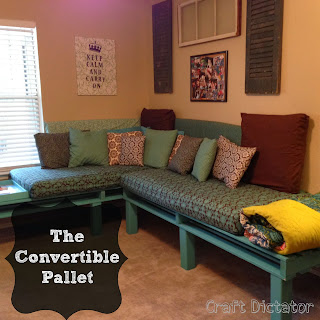 Today I want to share a project I’ve been working on for a while.  I recently moved into a two bedroom apartment and didn’t have a bed for my guest/craft room.  I didn’t want just a regular bed though because I wanted it to be another living space when someone wasn’t visiting.  I thought about using regular pallets but they were too wide for what I wanted.  So my boyfriend and I set off designing a Pallet style bed.  You know you work in an engineering office when your pallet style beds have an autocad drawing! 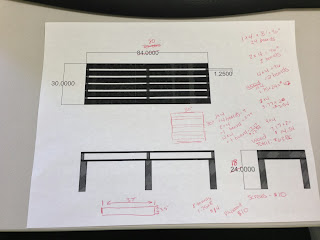 The dimensions on the drawing changed a couple times until I figured out how tall and long I really wanted it.  We then painted all the boards.  This took a while because we did it on my apartment porch but eventually we got them all painted! 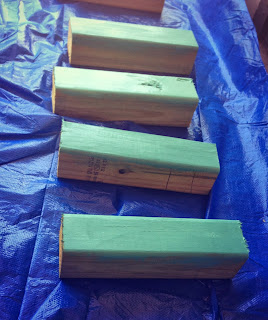 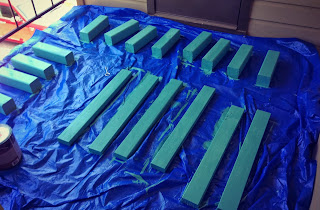 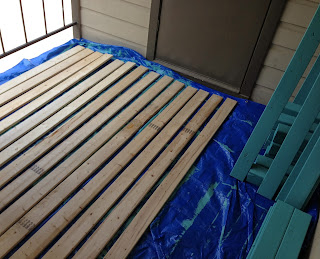 Then we started the assembly.  The first thing we did was put the legs on the horizontal slats.  The legs are made out of 4x4s.  The horizontal slats are 1x4s and the dividers in the middle of the top and bottom are 2x4s. 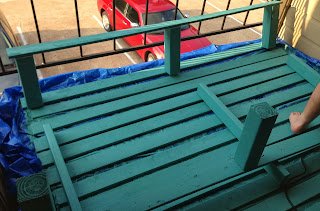 Then we attached the legs and horizontal slats to the dividers that join the top slats and the bottom slats. 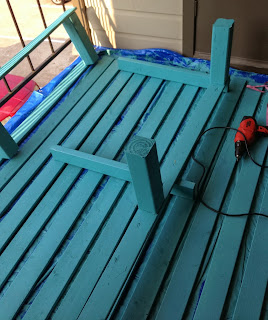 We then added the rest of the bottom slats and spaced them equally between the two leg slats.  Everything was attached with screws. 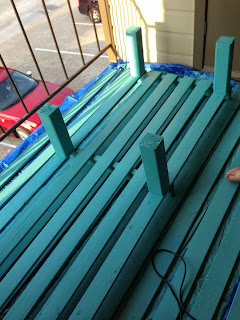 We then flipped it over and added the top slats spaced equally like we did the bottom slats.  Then the base of the convertible pallet beds were done! 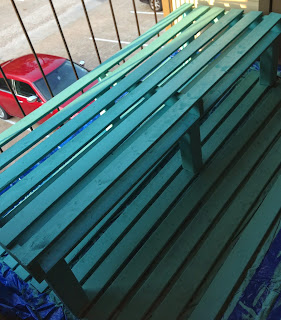 They are not the lightest thing we could have made but I like that they are heavy because they don’t move easily.  We moved them into the room and put them in the couch position. 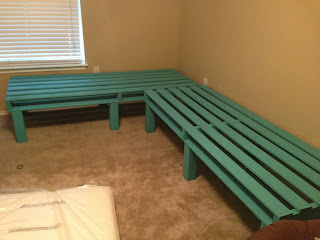 I got the pillows for the bed at World Market when they were having their end of summer sale.  All the big pillows were 75% off!!  Here is what it looked like without the pillows covered. 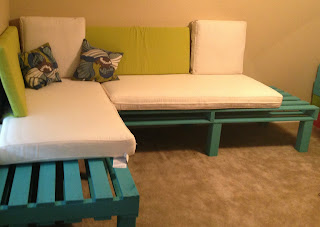 I then started with covering the large base pillows.  I didn’t do anything fancy.  I just took my fabric and seamed it and made a tube out of it.  Then I slid it on and just stitched the ends to the bottom side.  Almost like wrapping a present. 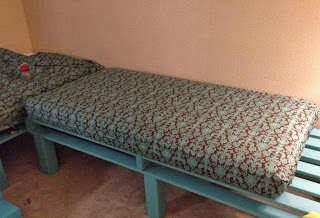 I then covered all the other pillows with different materials.  I like the mix of all the materials.  You can see how I made the pillows here. I added a tray on the left side where there was extra room and a blanket on the right side.  You can see how I made the tray here.  We put the extra room so that it would be as long as a queen size bed when it is in the bed position. 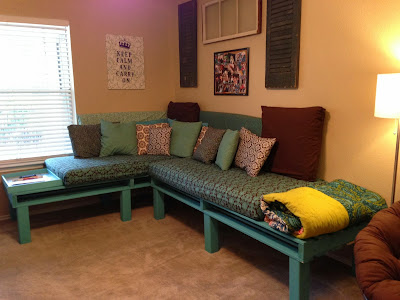 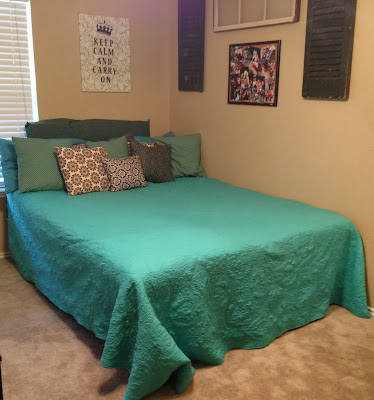 I’m really excited that this project is finally done and ready for guest to come visit!!  I think it turned out really nicely!